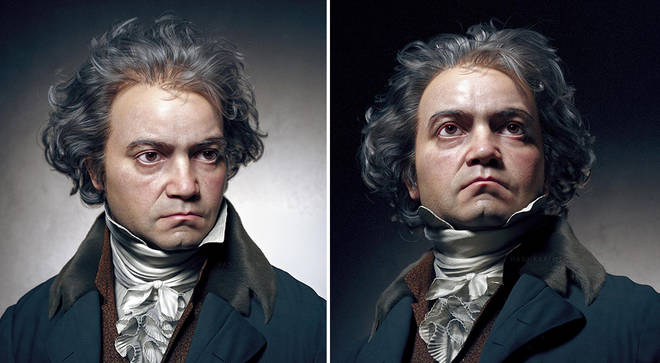 Beethoven’s sonatas alone provide a clear picture of the realignment of balances. With the notable exception of Mozart’s sonatas, most if not all Classical sonatas did place the keyboard to the forefront. Beethoven’s first essays in the genre, the Op. 12 set, are indeed entitled “Three Sonatas for harpsichord or fortepiano, with a violin.” The title belies the relationship, for in Beethoven’s mind, the instruments collaborate and complement each other, striving toward an equality. He did finally achieve this in his ninth and penultimate sonata – and most famous – the Kruetzer (Op. 47) which, though still labelled “Sonata for piano and obbligato violin,” he described as “molto concertante quasi come d’un concerto – very concerted like a concerto.” Concerted as in togetherness; concerto as in competition of equals.

The Opus 12 set of three were probably composed between 1797 and 1798, just after Beethoven began sketching his first string quartets. They are dedicated to Antonio Salieri, teacher, composer and powerbroker. Beethoven was twenty-six and had been trying to make his way in the Viennese musical world since arriving there in 1792.

The sonata begins with a declamatory statement by both instruments in unison before each pursues his own line, sometimes in support of, in answer to , or even independent of the other.

The second movement is a reflective theme with four variations, each instrument alternating in the accompanist’s role as the other explores the theme in the first pair of variations, followed by two duos, the first in brisk Hungarian style.

The final movement is a rondo built on a jaunty piano tune answered by the violin, alternating with slightly more serious passages led by the violin as if to furrow the brow of the sun with the piano chiming in to disperse the clouds.

Program notes © by Ira J. Black for the CMH performance of Christoph Eschenbach, piano, and Uri Pianka, violin, on February 13, 1992. Used by permission. All rights reserved.

While Beethoven’s cycle of ten sonatas are all filled with depth and greatness, this first sonata of his opus 12 was composed in his early years, and demonstrates his stunning ability to treat each instrument equally — the first serious composer to begin this significant trend.

This beautiful performance of Beethoven’s Sonata for Piano and Violin in D Major, op.12, no.1, features the amazing violinist Arnaud Sussman, with our CMH favorite, Wu Han, on piano!

We hope you enjoy this respite from the summer heat as we wait for the beauty of our Chamber Music Houston’s 2022-23 Season of Quintets, in which seven quintets will be performed throughout the nine performances!

Enjoy the complete notes provided for this piece by clicking HERE or on the title listed at the top of the page!

This special programming is being provided to you at no charge because Chamber Music Houston is committed to inspiring a passion for chamber music throughout the world for another 60 years.

Please consider a donation to further support these efforts.

We thank you and look forward to experiencing amazing performances in the concert hall with you!