CMH@Home Presents
The many musical talents of the Chamber Music Society of Lincoln Center
Fri, 2/19/2021 - Thu, 2/25, 2021
Enjoy this free concert in our CMH@Home series!
Stream

Venetian composer Tomaso Albinoni composed his first opera, Zenobia, regina de’ Palmireni, at the age of 23. He found his calling writing opera and went on to compose as many as 80 of them, though he’s best known today for his instrumental works. This piece isn’t from one of his many published collections of instrumental music but is rather the opening sinfonia from Roun. At the start of the opera, Queen Zenobia, ruler of the people of Palmyra (in present day Syria), has just been defeated by Roman Emperor Aurelian. Aurelian plans to kill her but, after a number of twists and turns, he ultimately allows her to return once again as Queen. This overture is appropriately war-like and tumultuous. Though it’s only five minutes long it covers a full range of emotions to foreshadow the drama of the opera.

In modern times, Albinoni’s best known work was a forgery. In 1958 musicologist Remo Giazotto published an adagio based on an Albinoni fragment he claimed he discovered. The work was performed widely and included in several films, including Flashdance from 1983. Given that Giazotto never revealed his source material, he probably composed the piece himself. It did spark something of a revival of Albinoni’s real music and probably increased sales of Giazotto’s biography of the composer. 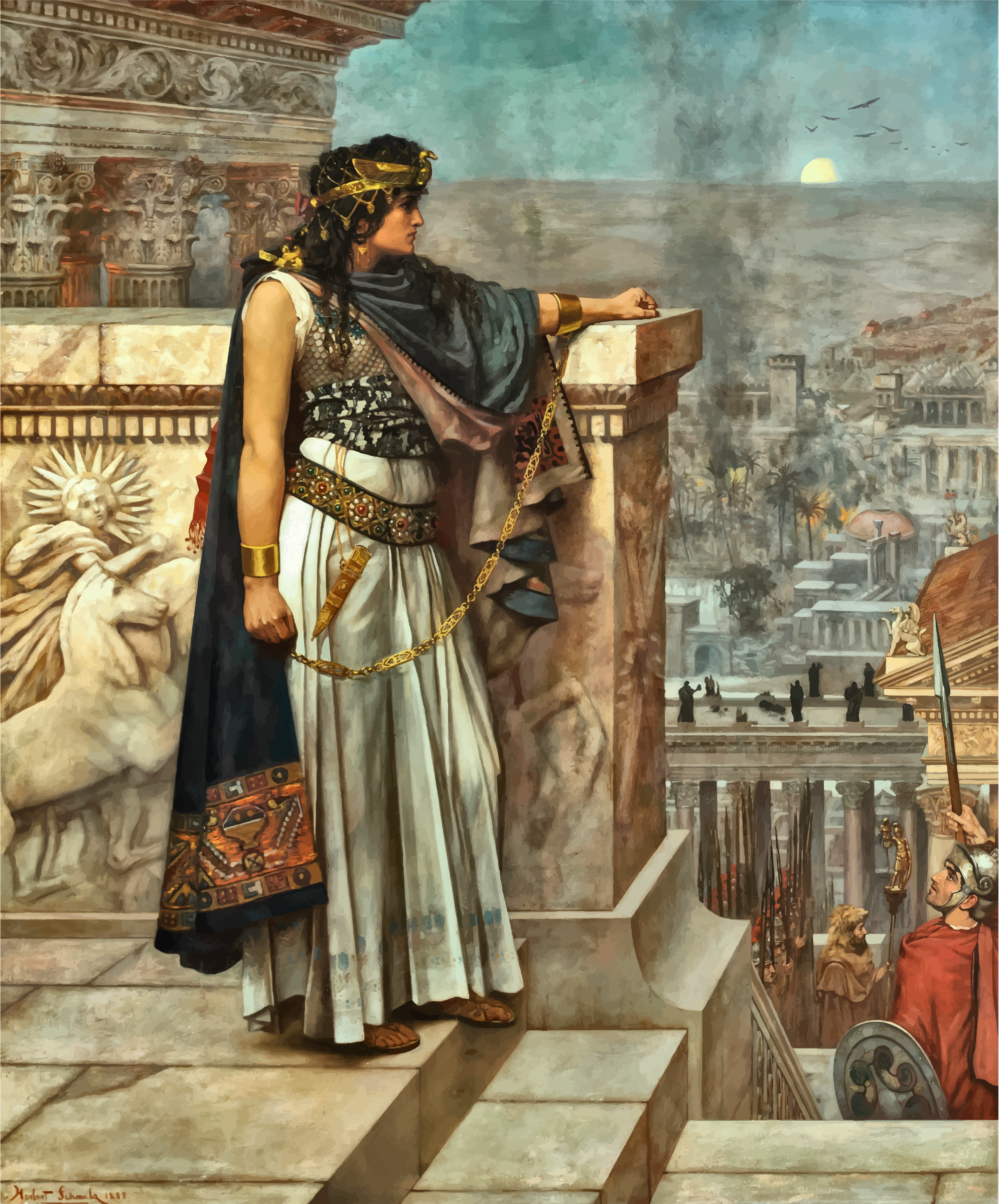 Herbert Gustave Schmalz’s 1888 picture re-creates the moment when Zenobia must finally submit to Roman authority and surrender her empire.

In winter 1777–78, Mozart was trying to escape his hometown of Salzburg. He visited Mannheim to try to get a permanent job at the court of the elector but was unsuccessful. While there, however, he received a commission from an amateur flutist named Ferdinand Dejean, a rich doctor for the Dutch East Indian Company. Dejean asked for three flute concertos and an unknown number of flute quartets. Mozart worked on the pieces until he left Mannheim in February 1778, when he told his father in a letter that he had completed three quartets. It was long thought that the three flute quartets were those in D major (K. 285), G major (K. 285a), and C major (K. 285b). However, as he received less than half the original fee and he tended to tell his demanding father what he wanted to hear, it’s more likely that Mozart was exaggerating and he only completed one or two quartets. Manuscript evidence only exists for this one.

The flute was an aristocratic instrument in Mozart’s time. The famous flutist Frederick the Great ruled Prussia and, through his generous music patronage, significantly expanded the repertoire during the late Baroque and early Classical periods. Perhaps for that reason this quartet looks back to the mid-century galant style, with crystal-clear textures and poised, cheerful melodies. The flute leads throughout, opening the first movement with a delicate melody before a short but interesting development section. The second movement is a stunning flute melody over a plucked accompaniment in the strings and it leads directly to the rondo finale, combining new style in an old form to close this wholly graceful work.

Brahms composed his third and final piano trio in the stormy key of C minor yet nothing about its genesis suggests a struggle, either personally or creatively. He agonized over his two previous piano trios but this one seems to have come naturally. He wrote it in the summer of 1886 during a working vacation at the Swiss resort town of Hofstetten. He was very productive that summer—he also composed his Second Violin Sonata and Second Cello Sonata—and he seems to have composed the trio easily with no signs of major revisions or rewrites. He premiered it on December 20, 1886 with violinist Jenő Hubay and cellist David Popper in Budapest. It was published the following year.

The trio, composed at the height of Brahms’s career and the peak of the Romantic era, says exactly what it needs to and nothing more. It is the most concise, the most economical, the most self-contained of his piano trios, not to mention the shortest. The majority of the themes and motives can be traced back to the stormy opening gesture. All four movements make constant reference to those opening bars while tonally engaging in a tug of war between C minor and C major. While C major wins in the end, it’s a hard-fought victory, not a spontaneous happy ending as would have happened in the Baroque or Classical period. Brahms sets the stage in the first movement, whose sonata form almost resolves in C major before a decisive coda in C minor brings things back to the home key. After the muted second movement in C minor and a slow movement in C major, the last movement is again in C minor. This time the sonata form resolves in C minor before the coda brightens for a C major ending—a neat resolution to this tightly crafted work.

CLARA SCHUMANN ON THE TRIO:

Pianist Clara Schumann, Brahms’s friend and mentor, was ill when this piece was composed but she managed to play through it the following year. She recorded in her diary in June 1887, “What a work it is! Inspired throughout in its passion, its power of thought, its gracefulness, its poetry. No previous work of Johannes has so completely carried me away. How marvelously poetic is the 2nd movement with its swaying rhythm! How happy I was this evening—happier than I had been for a long time…”

Chamber Music Houston is pleased to present a fascinating program that begins with the opening sinfonia from Roun, by Tomaso Albinoni, which features the trumpet and harpsichord. The opera tells the story of the beautiful warrior Queen Zenobia of Palmyra in Syria when defeated by the Romans — this short overture is filled with the emotions of the opera. Next is Mozart’s Quartet in D major, featuring the flute in this graceful work from his early years. Rounding out the program is Brahms’  Trio in C minor for Piano, Violin, and Cello, which is his final piano trio written at the height of his career.  The many talents of the Chamber Music Society of Lincoln Center come together for each of these unique pieces.

This special programming is being provided to you at no charge because Chamber Music Houston is committed to inspiring a passion for chamber music in our community for another 60 years.

Please consider a donation to further support these efforts during this difficult time.

We thank you and look forward to experiencing amazing performances once more in the concert hall with you!